On death, become Sevagoth's Shadow and fight to resurrect him by collecting the souls needed to rebuild his tombstone.

https://www.warframe.com/droptables
CODEX
The storm-swept, Void-wandering Warframe has returned to harvest living souls. Send forth his Shadow to reap the life of the unwary.

He is the reason to fear the darkness, where his ethereal presence shakes loose the mortal coil. This is Sevagoth, the reaper, the specter of death.

Do not seek death, Tenno, for Sevagoth may find you. Will you live to tell his tale?
—Lotus

Lost in voyage adrift the Vast Untime, the dark helmsman Sevagoth harnesses inexorable mortality amidst the treacherous tempests of the Void. Return eternally from beyond the grave, as his Shadow eclipses the light, while harvesting wicked souls to sate his esurient darkness.

Note that these bonus rewards are exclusive to Void Storm missions and are separate from void relic rewards.

Additional copies of the main blueprint can be purchased from Cephalon Simaris for 50,000 Standing

“You're not supposed to be in here! You're going to ruin the surprise!”
The following article/section contains spoilers. Please complete the Call of the Tempestarii quest before proceeding.

Main article: Call of the Tempestarii

Sevagoth. A Warframe believed lost to the Void forever. His energy almost extinct. With his last spark of life, Sevagoth embraced his Shadow once again. And both were at peace.
—Cephalon Cy

Sevagoth was the captain of The Tempestarii, an Old War Railjack highly renown for its rescue services. However, one day Sevagoth was lost to the Void, but commanded his Shadow to continue to pilot the Tempestarii to search for his body as the ship's final rescue mission, effectively becoming a ghost ship.

The Tempestarii made an enemy of Corpus Captain Vala Glarios, who was the sole survivor of the ship's attack on Lucretia Platform. Left adrift in space among the fragments of her dead crew, she sought revenge.

Cephalon Cy and the Tenno come across the Tempestarii in the Veil Proxima. After learning about the ship from Corpus logs in the Pluto Proxima, Cy is able to appease the Tempestarii by pleading as a ship in distress. The Shadow entrusts the Tenno a corrupted navigation log, which they repair, but are ambushed by Vala. The Tempestarii counterattacks and banishes Vala to the Granum Void before making a jump to the Void to complete the ship's final rescue mission.

The Tenno retrieve a lifepod containing Sevagoth's corpse, reuniting him with his Shadow. Now at peace, the Tenno delivers him a ship burial by launching his body back into the Void.

Intertwined forever in life and death,

Sevagoth and his Shadow exhibit numerous unique properties and interactions, highlighted in the tabs below:

Death and rebirth unending. On fatal injury and entering Bleedout,

Sevagoth's body petrifies into a broken tombstone as his Shadow manifests itself. Control the Shadow to collect the souls of 5 enemies by casting

Consume via the ability, quick melee, or fire weapon buttons with a targeted enemy on the aiming reticle (default 2 , E  and LMB  respectively), reviving Sevagoth upon a full harvest. Alternatively, allies may manually revive Sevagoth by interacting with his tombstone.

Sevagoth and his Shadow both possess a unique set of four abilities with different modding benefits, highlighted in the tabs below:

Sevagoth's signature Exalted Weapon, which can only be used upon activating

Ravenous Wraith is a unique Stance exclusive to

Shadow Claws that can only be acquired and used by activating

Exalted Shadow. This Stance overrides the Stance on any currently equipped melee weapon for as long as Exalted Shadow remains active.

Sevagoth can be equipped with the following items: 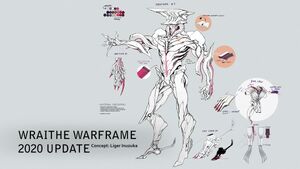 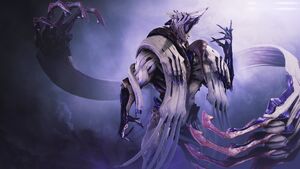 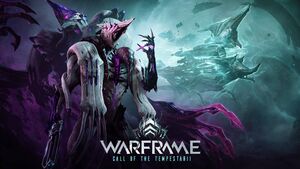