On the border of charted space, an enclave of small, strange, seemingly intelligent creatures was discovered by Tenno explorers. They are mechanical entities, almost organic in appearance, with a precarious resemblance to the fearsome Sentients that had decimated human civilization. However, these creatures showed no signs of aggression, and they immediately began carrying out helpful tasks in peculiar alliance with the Tenno.
—Sentinels Fragment

Not to be confused with Sentient.

Sentinels are hovering companions that follow their Tenno masters around and assist in various ways, dependent on the precepts used to program them. It is possible to program sentinels with precepts, or skill mods, that can turn a sentinel into an attack drone or a support drone. Sentinels can also accommodate their own unique stat-increasing Mods, similar to Warframe mods.

Sentinels, like Weapons and Warframes, level up with Affinity. They have health, shields, armor, a personal weapon, and energy reserves. They can be targeted separately from their Tenno master and do not go into bleedout; they will immediately explode and do not revive for the rest of the mission, unless their master dies and spends a Revive or the sentinel has

Reawaken for Djinn) precept installed. Enemies tend to target a Warframe first, but may target the sentinel if it acquires threat.

Each Sentinel comes with a unique weapon, taking up a total of two Robotic slots, which are independent from Warframe and Weapon slots and shared with Robotic weapons and MOA Companions. An additional pair of slots costs 12 Platinum

12 to purchase. All Sentinels will come with two mods specific to their type. Sentinels have four

Polarity slots, an Orokin Reactor upgrade slot, and can be Polarized with a Forma.

Currently, all Sentinels may be acquired and equipped regardless of Mastery Rank.

Sentinels can equip other Sentinels' weapons (with the exception of Helios's

Deconstructor, which can only be equipped on Helios, though Helios can freely use other weapons) provided additional weapons are available. However, the only way to get another sentinel's weapon is to craft that particular sentinel to retrieve their specific weapon. All sentinels do not attack by default unless they possess an attacking precept such as

Assault Mode. Players may also opt to unequip a Robotic weapon altogether if attacking enemies will be detrimental to the given mission. Though Robotic weapons can be sold independent of their parent Sentinel, the player cannot sell their last Robotic weapon.

If a Sentinel is at maximum Mastery, they have been seen to prevent an equipped Robotic Weapon from gaining Mastery experience.Confirmation needed

All Robotic weapons can use normal weapon mods, provided the mod is compatible with the Robotic weapon in question (e.g. the Diriga's

Vulklok can use Sniper Mods along with Rifle Mods, but the Dethcube's

Deth Machine Rifle can only use Rifle mods). Most mods work as normal, including mods that affect Fire Rate, base damage, Multishot, Critical Hits, Elemental Damage, Magazine Size, Reload Speed and Status Chance. Mods that affect maximum ammo capacity have no effect on Robotic weapon because they already have unlimited ammo reserves.

Sweeper can use the same copy of

Point Blank equipped on a 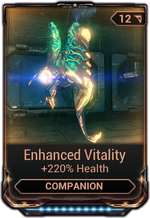 Aside from the pool of mods shared between all Sentinels, there are at least two exclusive Sentinel Mods for each Sentinel (including any available variants) that modifies its behavior during combat. Typically, these are obtained as soon as the player claims them from the Foundry, though some of them can drop from enemies, and others can be found from other sources.

As with all Companions, Precept mods will have different priorities in which they are used, based on which slot they equipped in; the top left mod slot has the highest priority and will be used most often, while the bottom right mod slot has the lowest priority and will be used least often. Managing these mods is key to get the most out of your Sentinel.

, and does not account for damage type.
Range refers to the attack range of that Sentinel's specific targeting precept.

The following comparison assumes that the player possesses all available mods for Sentinels, Kubrows and Kavats.

Both Companions and Sentinels can be revived an infinite number of times using:

Comparisons to MOAs And Robotic Hounds[] 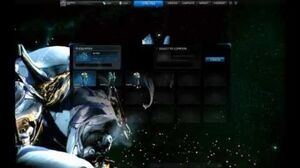 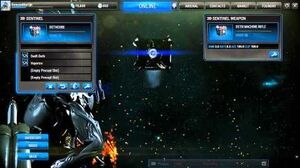 We are removing this condition and now your Mods can be simultaneously equipped.

Why: Over time, the amount of systems to put your time into have increased. The appeal of grinding out a Duplicate Mod for Sentinels just isn’t a proposition we want players to be faced with in the context of everything else the game has to offer!