CODEX
Whip the enemy out of their ill-gotten gains; double credit drops on kills.

The Secura Lecta is the Syndicate variant of the

Lecta, exclusive to The Perrin Sequence. Enemies killed by this weapon will drop additional credits, scaling with the user's Mastery Rank. 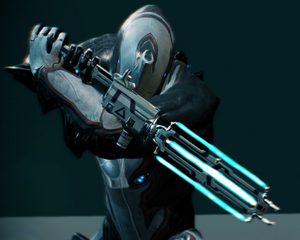