CODEX
The favored side-arms of Perrin Sequence executives, these pistols have been modified to improve efficiency and killing potential.

The Secura Dual Cestra is a modified version of the 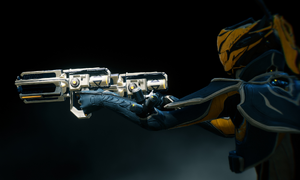