For the Mod, see Sanctuary (Mod).

The Sanctuary is a Relay enclave where Cephalon Simaris currently resides. The room houses a variety of functions related to the lore of WARFRAME, mainly simulations and a mechanic known as Synthesis. Inside the Sanctuary, players can interact with Simaris, which is crucial for completing The New Strange Quest, as well as keeping track of the Synthesis progress, and purchasing offerings from Simaris.

As Cephalon Simaris refers it, the Sanctuary is a data oasis. Through Synthesis, the Sanctuary will uncover in-depth lore behind the WARFRAME universe, information that surpass the capacity of the personal Codex.

The Sanctuary Onslaught is an endless game mode introduced in Update 22.18. It is similar to Survival, though players are limited to one big room from a random tileset and opposing faction which is also randomized from round to round.

The Simulacrum is an artificial arena similar to the ones in Mastery Rank tests, that allows players to create multiple Mimeographs of enemies that the player had completed their Codex research on. Currently only the Mimeographs of normal enemies except Bosses and most Characters can be created.

The entrance of the Simulacrum is located on the left of the Sanctuary's entrance. Players must acquire a Simulacrum Access Key with 50,000

There are two Simulacrums to enter:

The maximum capacity of the number of Mimeographs that can be generated is set at 20. Enemy level can be set by the player, up to 5x their Mastery Rank plus 30. Although one can only generate 20 Mimeographs at one time, enemies with spawning capabilities such as Brood Mothers or Drahk Masters can create subsequent Mimeographs while engaged.

The location is in an open space area with white walls and pillars, similar to the ones in Mastery Rank tests. One of the rectangular pillars is a spawn stage where the player can interact with the console on top of it to create Mimeographs. There are also various Pickups dispensers including Energy Orb, Health Orb and Ammo on top of the stage which regenerates rapidly when consumed.

Once the Mimeographs are generated upon player request, they will begin engaging the player, though some enemies with limited engagement range will remain idle until the player jumps off the stage. Falling off the Simulacrum area will lead to an instant respawn to the last valid location. Since there is no way to "complete" the session, the player must leave the session by accessing the Main Menu via Esc . Hence, any progress such as Affinity(enemies do not give Affinity here upon defeat) and Standing gain will not remain after the simulation. Various components and items will drop similar to the Orokin Void but, with the exception of Credits, will not be retained after exiting the Simulacrum.

If the player dies, they will simply respawn at the normal spawn point and will not be given the choice of using revives or aborting the mission. As of Update 21, the Simulacrum is capable of multiplayer of up to 4 players in one instance.

Gear items will be limited until the player goes back to the arsenal, where they will be refilled to the player's current amount. Specters will always spawn at level 1, regardless of the level of enemies on the field or if there are not. 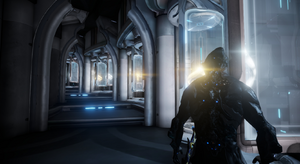 At the right side of the enclave is a corridor that houses multiple entrances of Mastery Rank test trials.You must have all types of weapons equipped to access them. Upon entering an entrance, the player will be transferred to a Mastery Rank test session of the specified Mastery Rank. Players can access any tests already completed, as well as the test for the next higher Mastery Rank.

This system will not affect the player's progress, allowing players to prepare for tests of their prospective Mastery level without penalties. 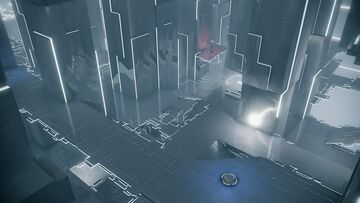 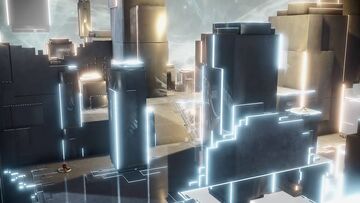 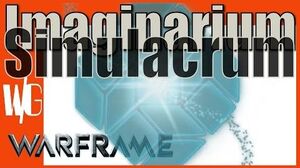 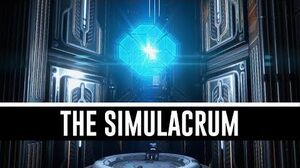 The Simulacrum & All You Need To Know (Warframe)

Retrieved from "https://warframe.fandom.com/wiki/Sanctuary_(Cephalon_Simaris)?oldid=2089993"
Community content is available under CC-BY-SA unless otherwise noted.