For the mod, see Rush.

Rush is a Mission type exclusive to Archwing that has players navigate a Corpus Ship within the time limit to destroy up to 3 Corpus transports before they escape.

The route to the loading dock contains several Corpus Stasis Mines which will fire an electric beam at players who fly too close, slowing them down.

Upon reaching the loading dock, an objective waypoint will appear on the next transport to depart. Two small Nemes drones (Nemes Ranger and Nemes Scout) floating near a transport will provide it with shields that protect it from damage. Players have to destroy these drones before destroying the transports.

The transports will attempt to flee the level one at a time based on the time remaining. The first, second and third transports will fly away at, respectively, 30, 15 and 0 seconds remaining. When the timer is up, if none of the transports have been destroyed, the mission will end in a failure. If at least one transport was destroyed in time, an extraction point appears in the loading dock area.

Mission rewards are based on the number of transports destroyed: 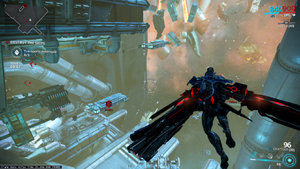 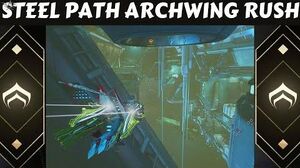 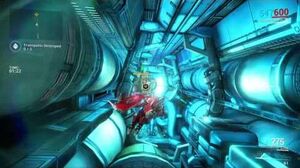 Warframe If you are stuck on that damn Archwing mission on phobos DO IT SOLO!
Deutsch Español
Community content is available under CC-BY-SA unless otherwise noted.
Advertisement