https://www.warframe.com/droptables
CODEX
Rise from the broken remains of the Eidolon to seduce an army of zealous thralls.

This is Revenant, the returned - the condemned. Harnessing the essence of Eidolon and warrior alike, he mystifies and obliterates his foes.

Revenant serves last rites for the souls he leaves on fire, without a plea for mercy.
—Lotus
Once the warden of the plains, tasked with protecting the Unum's tower and striking down the ghostly Eidolon forms that rose from the depths every night. Night after night, he cut them down. Not allowing them to take form. Then one night, he disappeared, lost… forever.
—The Lost One Fragment

Ravaged by Sentient energy, wreathed with eldritch Eidolon essence, the blighted sovereign Revenant subjugates foes through his affliction. Bestow his sacrificial legion haunted dreams, reap unseen, and spill their lifeblood upon the desolate scorched earth. Revenant was resurrected in Update 23.5 (2018-08-24).

Revenant's main blueprint is awarded upon completion of the Mask of the Revenant quest, which is unlocked after reaching the rank of "Observer" with The Quills.

Revenant's component blueprints are acquired from Bounties in the Plains of Eidolon. Building at least two different components is required to advance through quest.

“You're not supposed to be in here! You're going to ruin the surprise!”
The following article/section contains spoilers. Please complete Mask of the Revenant quest before proceeding.

Main article: Mask of the Revenant

Why do I remember this? The land here, killing hot, full of strangeness. This is where Gara vanquished the Sentient! Where its essence fell into the ground, trapped in some unworldly between. It wanted out. At moon rise its ghostly tendrils would emerge, seeking form, seeking... return... And this... this was the warden... a Warframe. I can see it, like a dream repeating... The tendril emerging night after night, and the warden, night after night, cutting it down... until the warden himself was lost. How?
—Nakak

Following Gara's sacrifice over the Eidolon, at the very site of her decisive battle which the Ostrons now call Gara Toht Lake, a Warframe known solely as the Warden would arrive to drive away the Sentient as it emerged night after night. This trial would continue until one fateful evening, where the Warden foolishly tried to make contact with the Sentient and was overwhelmed. Discovering that the Sentient was using him as a means to reform itself, the Warden cast himself into the lake to seal it. The time spent as an "anchor" to the Sentient would infuse the Warden with its eldritch energies, becoming "the Lost One".

In the present day, Nakak receives a strange mask, the Mask of the Lost One, from Onkko. She sells it to the Tenno, instructing them to wear it in the Plains of Eidolon at nighttime. There, they see a large spectral silhouette of an Eidolon; meanwhile, Nakak receives a vision from the Unum, explaining the story of the Warden. After completing the story, the Warden, now transformed into the Revenant that serves as a "mask" for the Eidolon, emerges but is driven back, leaving behind its own blueprint. Having rebuilt the Lost One, Nakak claims the Warframe that had been infused with the powers of the Eidolon will be needed to combat a new threat imposed by the Sentient.

Harnessing the essence of Eidolons,

Revenant is immune to the

Magnetic night waters of the Plains of Eidolon.

Additionally, when his Shield depletes, Revenant emits a 100 damage radial

Blast that knocks down enemies within 7.5m. There is a max 75% Damage Falloff at the edge of the blast's radius. 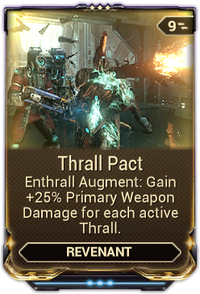 Thrall Pact is an Warframe Augment Mod for

Enthrall that grants him additional damage for the equipped primary weapon for every enemy he has enthralled. 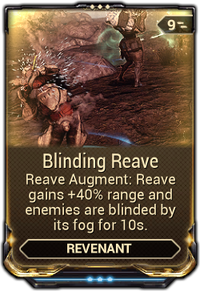 Blinding Reave is a Warframe Augment Mod for

Revenant that blinds enemies caught in

Revenant can be equipped with the following items: 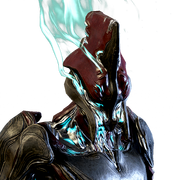 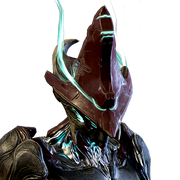 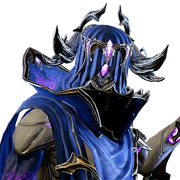 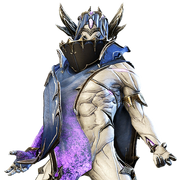 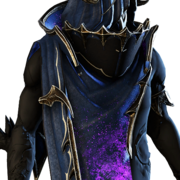 We have a big batch of changes to Revenant based on constructive player feedback. Specifics per ability follow below, but a big thanks to everyone who took the time to login, play, and visit a space (forums or otherwise) to give their thoughts. It's crucial to the iteration process. Thank you!

THRALLS: We have made changes to have Thralls have more value in life AND death - just as Revenant did. The general rule Thralls will follow is they provide CC in Life, Damage in Death. The goal is simply to have an easy supply of Thralls to make use of in both Life and Death.

Currently Enthrall has the following uses:

WHILE ALIVE:
You can get up to 7 enemies Crowd Controlled - they won't attack you or allies and will draw Aggro from AI. It spreads / is transferred - the Enthralled state is contagious! You can Reave Thralls for greater scaling Health and Shield Leeching. If Thralls are killed by Danse Macabre, overshield drops are created.

AFTER DEATH:
It creates a damaging pillar, and that's it. Not useful enough in death at all!

On the development build before release, Mesmer Skin was recastable but we removed this due to balance concerns. But, our gut reaction was right and thanks to your feedback we've changed it back to how it was and you can now recast Mesmer Skin to recharge it! 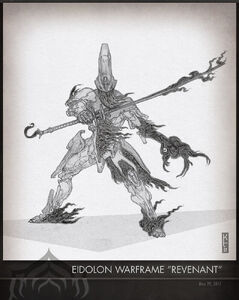 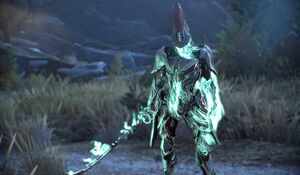 The new Revenant Warframe in the Plains of Eidolon 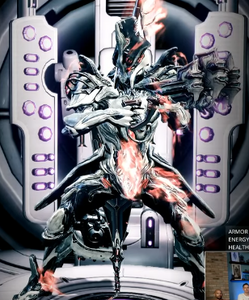 Revenant shown with his signature shotgun 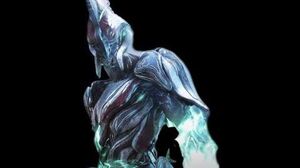 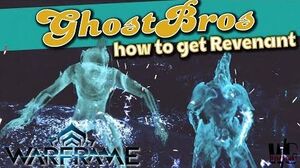