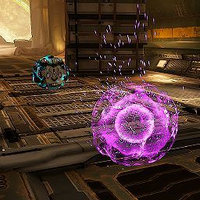 Conductor is a Warframe Augment Mod for

Octavia that allows her to command

Resonator by reactivating it, ordering it to move to where her reticle is pointing at, with increased speed.

Retrieved from "https://warframe.fandom.com/wiki/Resonator?oldid=2172936"
Community content is available under CC-BY-SA unless otherwise noted.