Bastille Augment: Enemies within the Bastille have a 100% chance to be repelled every 4s. Vortex's duration is increased by 70% of its Maximum Duration for each additional Vortex thrown into it.

25000
Repelling Bastille is a Warframe Augment Mod for 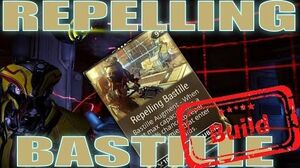