The Raplak Prism is an Amp component, available as a single-use blueprint from the Quills. It grants a semi-auto single shot mode with an increased range to the Operator's Void Beam.

The blueprint is sold by The Quills for 1,000 Standing

1,000 at Mote rank or higher. It is also a possible rank-up reward upon advancing to Mote rank with the Quills. 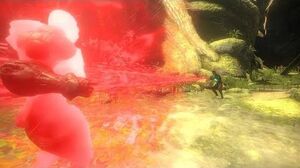 This change is two fold: reduced crafting costs for Amp parts, and reduced Standing cost for purchasing parts. Our goal here is to make constructing an Amp more accessible to players by reducing resource demands. This is rooted firmly in the role upgrading your Amp plays in performing well in main quests like The Sacrifice as well as engaging in Focus Tree related content. Here are the changes below: