The Rakta Cernos is a modified

Cernos bow exclusively available to the Red Veil. It features the fastest charge time of all bows, increased base damage, and innate Blight effect, at the expense of slightly lower critical chance and status chance. 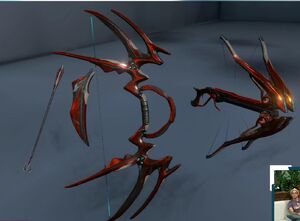 The Rakta Cernos (left) alongside the 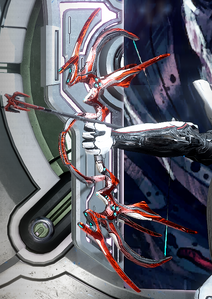 Rakta Cernos as it appears in the arsenal

The arrow quiver for Rakta Cernos 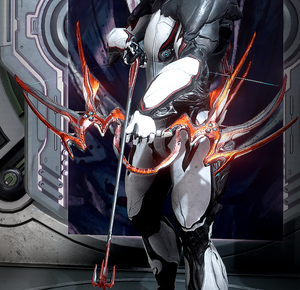 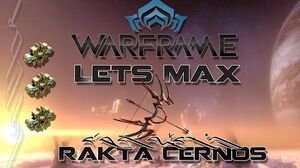 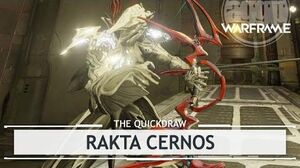 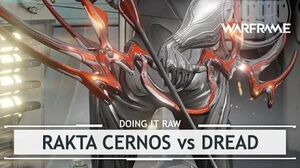 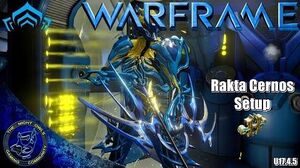