Ballistica
CODEX
This modified Ballistica is the weapon of choice used by Red Veil Assassins to take out high-priority marks.

The Rakta Ballistica is an exclusive version of the Ballistica

Ballistica available only from the Red Veil. The Rakta Ballistica has a higher portion of Damage/Puncture Damage

Puncture damage than its default version, and features a larger magazine as well as innate Blight effect. 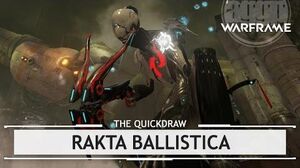 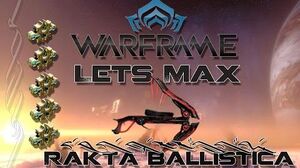 Retrieved from "https://warframe.fandom.com/wiki/Rakta_Ballistica?oldid=2202753"
Community content is available under CC-BY-SA unless otherwise noted.