“It's taking longer than I calculated.”
This page is actively being worked on and may not be completely correct. Please assist in making this page accurate.
U30.5 changes; CTRL+F https://forums.warframe.com/topic/1269749-update-305-sisters-of-parvos/ for specifics 20:34, 6 July 2021 (UTC)
Railjack
Empyrean
Gameplay
Components
Armaments
Plexus
Intrinsics
Crew
Cosmetics
Media
Patch History
Quotes

You have a Railjack. But you need a crew.

Come to Fortuna and let Ticker introduce you to the gang.
—Upon first interacting with the Crew menu

NPC Crew members can be hired to serve the player's Railjack if they do not have a full player squad. They are unlocked at Intrinsics Command Rank 1.

The host's crew is used in missions. If players queue into the squad, they will replace the NPC crew, starting with the one in slot C, then B, then A.

There are two ways of obtaining crew members:

20 up to a maximum of 33 crew member slots. Alternatively, players can end their contracts with their crew to free up slots, which will prompt the player to type RELEASE to confirm.

Players can access their Railjack crew via the Dry Dock in Tier 2 or 3 Relays or the Clan Dojo, or while browsing Ticker's wares and selecting "Contracts". Here they can switch out and dismiss crew members, assign competency points, change appearances, swap weapons, and view contract duration (counts up from hire date).

Up to three crew members can join a Railjack squad and can be assigned roles which affects their behavior priorities:

Roles can be changed mid-mission via the Tactical Menu, but will revert to their original role once the mission is completed.

Converted Kuva Liches and Sisters of Parvos are restricted to the Defender role.

There are five competencies which affect the performance of each crew member, each of which has five ranks. Crew members initially have 8, 10 or 12 points randomly distributed between these competencies, depending on if they were hired with credits (8 points), Railjack resources (10 points), or if they are an Elite Crewmate (12 points).

As players increase their Command Instrinsics rank, they can earn up to three additional competency points per crew member which can be applied by clicking the TRAIN  button.

Higher ranks of the Intrinsics Command allow for additional bonuses:

Each crew member will use a copy of the player's Plexus Integrated loadout, including the Plexus Aura mod. However, crew will not use Battle or Tactical abilities.

Currently, all Syndicates seem to have a set health range of 2000-3000, and a set shield range of 200-700. These values are not taking the Endurance stat into account.

Elite Crewmates have a random trait based on which of their Competencies have the most points.

Syndicate crew members can be given one copy of the player's owned rifle, shotgun, or secondary weapon (but not spearguns, bows, thrown, or arm-cannons) which uses the weapon's current mod configuration. Mods with conditional player-exclusive actions (e.g. aiming with

Argon Scope or casting abilities) will have no effect. Riven Mods will take effect during Empyrean missions, but are not applied when summoned using the On Call Crew gear item.

Players can also change the crew's suit color, attach armor cosmetics and Syandanas, and the appearance of their equipped weapon. 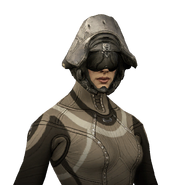 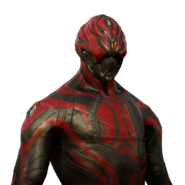 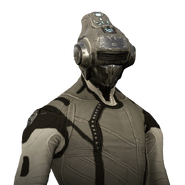 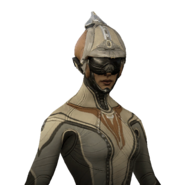 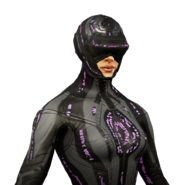 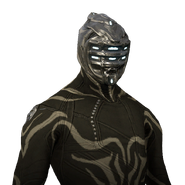 The flavor text for crew members is created using a combination of three different sentences to form the full flavor text. Below are multiple examples of some possible outcomes.

Crew members names are randomly generated based on pre-defined prefixes and syntactic rules.