CODEX
The Quellor was standard-issue to Dax Railjack crews of the Old War, dating back to the earliest, pre-Sigma craft. A rapid-fire assault rifle with a hefty magazine-size, the Quellor is an all-round workhorse. Also capable of large, short-range cryo-blasts.

The Quellor is an ancient Dax assault rifle used by Railjack crew during the Old War. Its primary fire shoots fully automatic shots with high

Puncture damage, while its Alternate Fire charges up a short-ranged

The Quellor's main blueprint can be obtained from defeating Blite Captain, Glacik Commander, Lektro Commander, or Pyr Captain in Empyrean missions (at Kasio's Rest on Saturn Proxima, Flexa in Veil Proxima, or sometimes Korms Belt in Earth Proxima). The blueprint pickup is shared across the entire squad and can be traded between players. 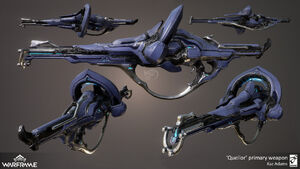 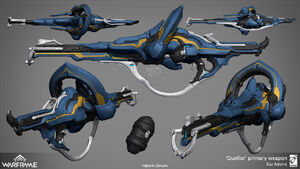 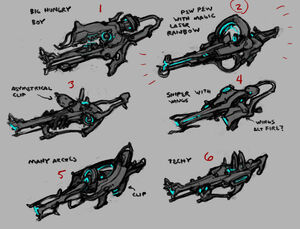 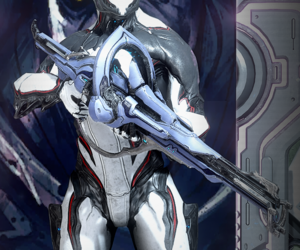 Quellor as seen in the arsenal 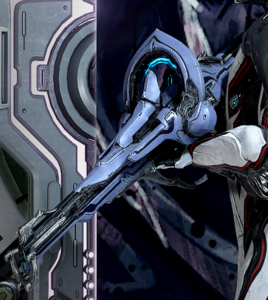