CODEX
Flick away the enemy with this heavy warfan. The Quassus scatters ethereal daggers that are even more deadly accurate when wielded by Xaku.

The Quassus is Xaku's signature warfan, possessing high damage and critical chance along with throwing ethereal daggers from Heavy Attacks that proc

Slash, with these daggers being more accurate in Xaku's hands.

The Quassus's blueprint can be obtained from Tier 5 Cambion Drift Bounties. 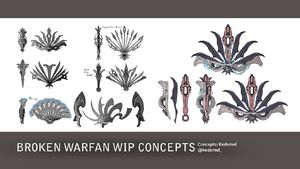 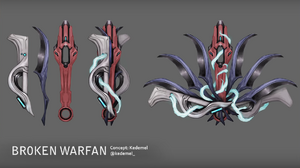 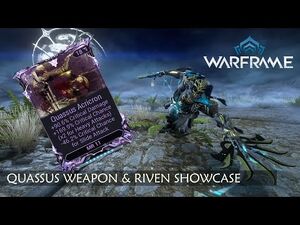