CODEX
A customized version of the Quanta, with metallic finish and Lotus decal.

The Quanta Vandal is the Vandal variant of the

Quanta mining laser cutter, offered as a reward for attaining a minimum of 1,500 points in the Operation False Profit event. It features a larger magazine size, higher status chance and increased Alternate Fire damage output over the original.

Electricity damage on its Primary Fire and

Blast damage on its Alternate Fire.

This weapon was originally obtained by gaining at least 1,500 points in the Operation False Profit event, complete with a free weapon slot and a pre-installed Orokin Catalyst.

The Quanta Vandal is now potentially sold by Baro Ki'Teer in the Concourse section of the Tenno Relay for 300,000 Credits

The weapon can be traded, but only for unranked copies without Forma and Orokin Catalyst installed. The trading recipient must also have a Mastery Rank of at least 10. 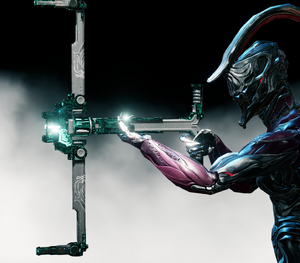 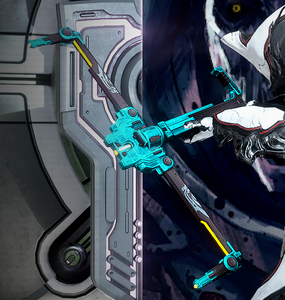 Quanta Vandal when equipped in the arsenal 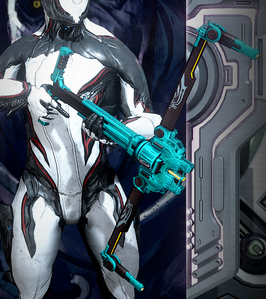