CODEX
This weapon was designed to assist with the excavation of mineral deposits from large asteroids, but has been adapted for military purposes.

The Quanta is a

Paracyst weapons, although they share little in common aside from basic appearances and similarly functioning Alternate Fires. It features high

Electricity damage with perfect accuracy and an Alternate Fire mode which launches explosive energy cubes that detonate on contact with enemies and weapons fire or after a short period of time.

Electricity damage on its Primary Fire and

Blast damage on its Alternate Fire.

The Quanta's blueprint can be researched from the Energy Lab in the dojo. 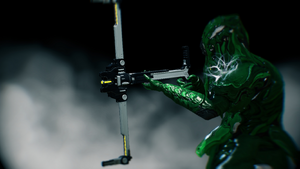 The Quanta as it appears in the Codex. 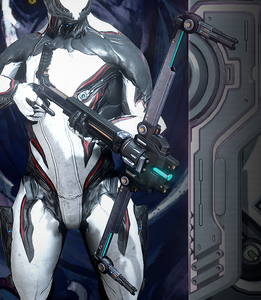 Quanta as it appears in the arsenal 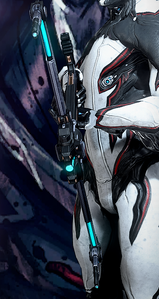 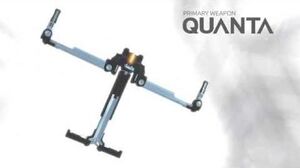