CODEX
A two-pronged attack; the bone-grafted cocoon at the tip of this polearm rends flesh, while the viral mass living within spreads itself into the wounds of each new victim.

The Pupacyst's blueprint can be researched from the Bio Lab in the dojo. 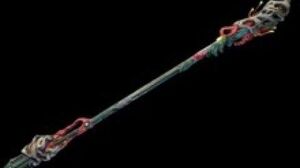 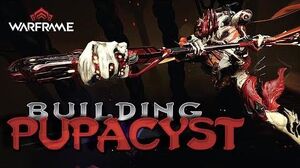