Dispensary
CODEX
Ready for any eventuality the versatile Protea uses her many gadgets to overcome the odds.

Armed for deadly encounters, she is tactical and timely. This is Protea, the protector, the enforcer.

Protea is the method to the madness. When you face her, it's already too late.
—Lotus

Echoing rebirth to blossom anew, the chrono-gadgeteer Protea devises her stratagems through borrowed time. Flourish and seed the perimeter with lacerating shrapnel, or reinforce shield defenses to weather the onslaught. Assault and skirmish with plasmic blasts, rapidly incinerating foes under laser focus. Endure through attrition by dispensing vital supplies, whilst drawing strength from her past to secure the future. Protea returned in Update 28: The Deadlock Protocol.

Protea's main blueprint is rewarded upon completion of The Deadlock Protocol quest. Additional main blueprints can be bought from Cephalon Simaris for 50,000 Standing

“You're not supposed to be in here! You're going to ruin the surprise!”
The following article/section contains spoilers. Please complete The Deadlock Protocol quest before proceeding.

I am your beginning. I am your end. Entwined. Forever.
—Protea Specter to the Tenno during The Deadlock Protocol

Protea was assigned to be the bodyguard of Parvos Granum, the Founder of the Corpus, as part of an undisclosed deal he made with the Orokin. When the Corpus Board of Directors betrayed him by attempting to assassinate him by sabotaging his transport's Void drive, Granum was saved by Protea's time manipulation abilities, trapping him in a temporal prison within the Void.

Recently, the Corpus' power structure has been declining, with the Board of Directors continuously reaching a voting impasse. After 7 successive tied votes, Nef Anyo invokes The Deadlock Protocol, a contingency initiative to instate a successor to the Founder. Seeking to prove that he himself is the genetic heir of Parvos Granum, Nef Anyo seeks to locate the Founder by tracking Protea, using Solaris workers as sacrifices for Void-temporal jumps to reach the Granum Void.

In an effort to thwart Nef Anyo's plans, the Tenno aids Solaris United and gets to the Granum Void before Nef Anyo's henchmen do. There, they discover Parvos Granum alive and well, and Protea who has become a literal Specter of herself due to overextending her powers. The Warframe Specter, reinvigorated by her kin, turns hostile and attacks the Tenno and Nef Anyo's fleet with an army of Errant Specters; Parvos Granum reveals that he had been using Nef Anyo in order to summon the Tenno to his domain.

Angered by Parvos Granum's deception and the threat of the Protea Specter, Nef Anyo calls truce with Solaris United and gives the Tenno the blueprint to the

Xoris, a glaive fashioned with Parvos Granum's Specter Particle Theory. The Tenno are able to reach the Granum Void once more and use the Xoris to save the trapped Solaris workers and defeat the Protea Specter.

Protea empowers her next ability cast with an additive 100% Ability Strength bonus. Each ability she casts builds 1 power bar to charge up the power recorder, displayed on the HUD above her ability icons. Once fully charged with 3 power bars, the leftmost slot glows intensely and the bonus ready message is shown above. 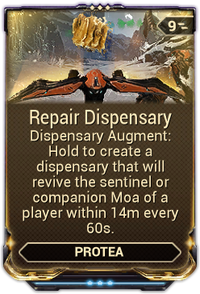 Repair Dispensary is a Warframe Augment Mod/Exilus Mod for

Protea that allows her to create a special

Dispensary by holding down the ability key which revives Robotic companions.

Protea can be equipped with the following items: 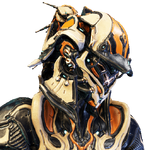 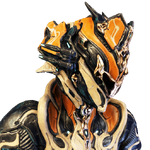 Our goal here is to improve efficacy, usability, and logic of Grenade Fan!

Our goal here is to keep the spirit of the rapid fire Artillery alive, with just a bit more punch. We will monitor for feedback after this change as well.

This invulnerability window is an important add based on all the ways players have used Temporal Anchor thus far - that key survivability reaction should include invulnerability. 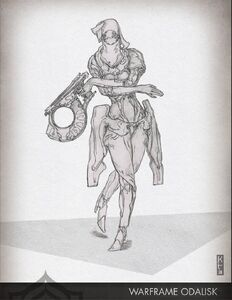 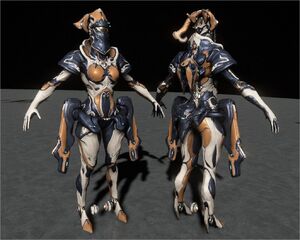 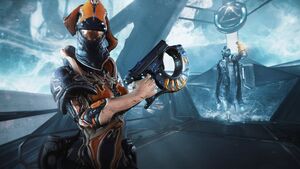 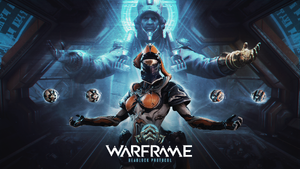 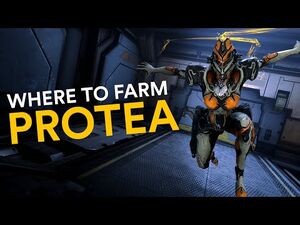 Where to farm Protea! (Warframe) 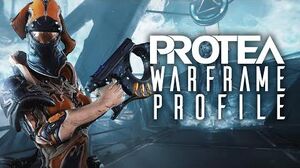