The New War
Not Replayable

Prelude to War is a narrative arc involving the Lotus returning to the Sentients, preparing to wage war against the Tenno. The Prelude is presented as a series of mini-quests and cutscenes consisting of Chimera Prologue, Erra, and The Maker, while being referenced in Sentient-related lore and events.

The Sentients are trying to find a way to neutralize their weakness to the Void. To do so, they force Alad V to create Amalgams with other races, while keeping a Ropalolyst on his cities to prevent any treason. The project is a success, and Alad V is tasked to gather data about the Tenno making them fight the Amalgams in a death game of Disruption. The Tenno, however, discover the Sentient plans and engage the Ropalolyst, while Alad V secretly tries to support them. Meanwhile, Natah contacts the Tenno claiming to have been freed by the Orokin manipulations, which forced her to turn her against her own race and family, and that she has now returned to them to finish the war. The Ropalolyst itself, which is in the end defeated, was nothing more than a sacrificial pawn, used to gather even more data about the Tenno.

After the Tenno discover the first Murex ships in Veil Proxima, the Operator has a new vision, a flashback to the Old War. On Lua, the Operator is shown with other Tenno and the Lotus. The Lotus speaks to Erra, who calls her his sister, Natah. She replies, refuting his statement and calls herself The Lotus. The flashback ends with the Tenno attacking Erra with their Void Beams, but it is unclear whether or not he survived.

The first true act of the New War is represented by a mass-invasion of Erra's Murex ships which breach Veil Proxima and deploy Condrix, info-gathering dropships, on Earth to gather data for future assaults. Little Duck, who had noticed the first Murex ships in Veil months ago, tried to inform Teshin about it, but wasn't believed. Now however, after the Sentients became a noticeable threat, he starts listening to what she says while also putting her in charge of the counter-offensive, in spite of her claims not to be a general.

Inside the Sentient mothership, Erra is telling Natah that their mother, who she wrongly believed to be alive, is dead and urges her to finish the war as "[she has] her fire". Natah notes that she remembers ordering the Tenno to attack Erra and that he was destroyed. Erra objects and states that she remembers wrong and will need time to completely heal from "what the Makers had done to [her]". Natah is not convinced and points at leashed Ballas asking if he is one of the Makers.

Erra suddenly grabs and throws Natah at the pedestal behind him, where she is trapped in a field of energy of unknown purpose. Erra tells her to "finish the war" and drops Ballas's leash. Ballas stands as he and Erra silently watch Natah.

Recovering from Scarlet Spear, the Sentients have redoubled their offense and deployed Orphix, dropships armed with machinery-disabling pulses, now capable of disabling Warframes. Fortunately, Father's Necramechs are still immune to the Sentient pulses, giving the Tenno a fighting chance with the Old War retired rigs.

As the Tenno fight back, Natah reveals her role in having taught the Orphix to disable Warframes. However she also secretly transmits a code to them: "I AM DYING". 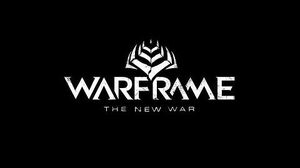 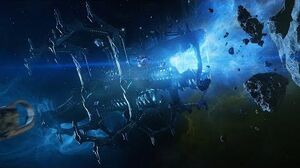