Predasites are terrain-restricted Infested companions. There are currently 3 subspecies of Predasites. Like MOAs and Vulpaphylas, Predasites are obtained through a modular system, with players able to select from various combinations of three different components to create Predasites to their liking. Since these are organic companions, by lore they are not "built", but rather "revivified" through the use of mutagens and antigens from Son. Beast and Kubrow mods may be equipped on Predasites, however Kubrow equipment such as Kavasa Prime Kubrow Collar or any other Kubrow-specific cosmetics cannot except genetic masking kits bought from master teasonai in cetus

Similar to other non-Sentinel companions, Predasites can be given custom names for further personalization once they are gilded, as well as being able to be revived once downed.

A Predasite companion needs three different components to be revivified, the Weakened Subspecies, the Mutagen, and the Antigen. Each component type has several options to choose from, allowing players to customize stats and the Predasite's type and appearance.

The Predasite's Subspecies forms the companion's head which is the component that earns Mastery Rank points for the Predasite after gilding. Each subspecies grant 2 mods like other companions.

Vizier Predasite
This subspecies grants the

Medjay Predasite
This subspecies grants the

Pharaoh Predasite
This subspecies grants the 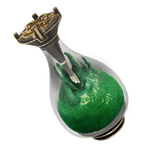 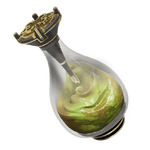 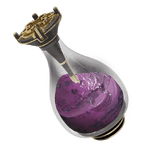 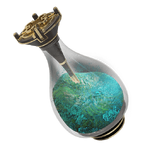 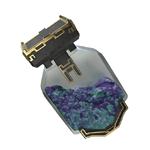 Iranon
Attunes the Infestation within to the 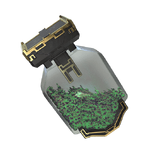 Elasmun
Attunes the Infestation within to the

Madurai polarity
Side Effects: Infestation grows through the horn
2,500 Standing 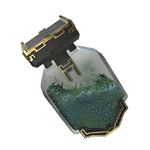 Ibexan
Attunes the Infestation within to the

Naramon polarity
Side Effects: Infestation grows through the jaw
4,000 Standing 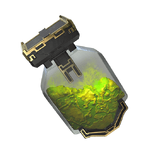 Tethron
Attunes the Infestation within to the

Penjaga polarity
Side Effects: Infestation grows through the spine
6,000 Standing

Before players can revivify a Predasite, they must first purchase the blueprints for the Mutagen and Antigen they desire from Son, which is available for Standing, after which these parts must then be constructed at the Foundry.

The Weakened Subspecies must be captured via Conservation in the Cambion Drift. The wild Predasite must be put in a "weakened" state, which occurs when attacked by roaming Infested, indicated by an orange shimmering overlay and the name "Weakened" appearing before the Predasite's name (e.g. Weakened Vizier Predasite). Players may either find wild Predasite already in combat, or tranq them and then lure enemy Infested toward the sleeping creature. Beware, however, as upon seeing the player, they will attempt to flee and despawn relatively quickly.

5,000. Players can also use the Configure screen to preview builds of Predasite components they do not yet own.

A newly revivified Predasite cannot be renamed, customized, Polarized, equipped with a Focus Lens, or earn Mastery Rank experience. However, they can be equipped with an Orokin Reactor.

In order to fully unlock all of a Predasite's features, players must gild their Predasite. To gild a Predasite, the desired Predasite must first be leveled up to Rank 30. Afterwards, players must return to Son and select the Gild option under Experimental Procedures, which will cost 10 Son Tokens and 5,000 Standing

5,000. Upon gilding the Predasite, players will be asked to first add a Polarity to the Predasite, and then finally give it a custom name. This process will reset the Predasite's level back to Rank 0.

A Gilded Predasite will have all of the functionality available to other organic companions, and it will have enhanced stats over the newly-built version of the Predasite. You will only be able to earn Mastery Rank points once you Gild your Predasite.