Powerfists are similar to Butchers, but use a single

Furax instead. Like Flameblades, they tend to take cover until a player is close, which can allow them to ambush players. This is further aided by their faster sprint speed. Upon closing on players Powerfists will charge their melee to inflict massive damage, and then follows it up with a combo of quick melee. Powerfists have a much longer charge time than Butchers, but after their long charge they will attack like normal. They can also perform a powerful ground slam, knocking enemies up in the air and inflicting 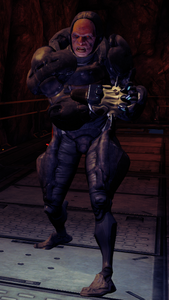 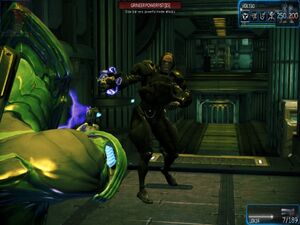 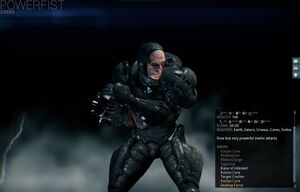