https://www.warframe.com/droptables
Pointed Wind is a stance mod for daggers that specializes in high damage, sweeping slashes and jumping strikes. 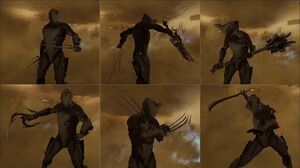