Update 23.5
CODEX
Irradiate enemies with a continuous stream of deadly plasma. Charging secondary fire releases a glob of plasma that erupts with homing bomblets on impact.

Impact damage. Its Alternate Fire manually charges, and launches a large plasma bomb that explodes into 5 additional homing projectiles, dealing more damage the longer the alt-fire is charged. It also possesses a higher magazine size when used by Revenant.

The Phantasma's blueprint can be purchased from the Market. 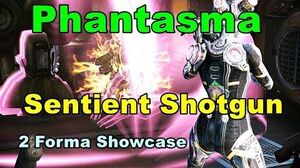 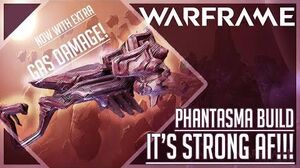 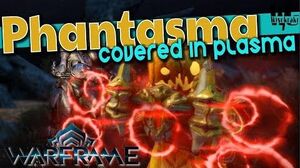 Reduced the following AoE weapons Radial Damage Falloff from central impact that were all previously 90%:

Retrieved from "https://warframe.fandom.com/wiki/Phantasma?oldid=2185840"
Community content is available under CC-BY-SA unless otherwise noted.