Damaging an enemy will inflate the body part hit for 6s.

Peculiar Growth is a Peculiar Warframe Exilus mod that causes hit parts of an enemy body to inflate for a short time. 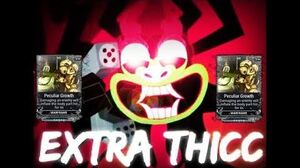