CODEX
A unique blade used by an old Tenno clan.

The Pangolin Sword's blueprint can be bought from Nightwave Offerings. Note that the offerings are on a 7-day rotation, and this weapon may not be available on a succeeding appearance. 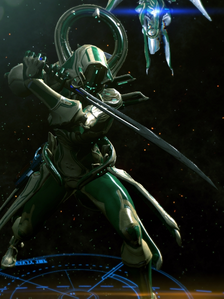 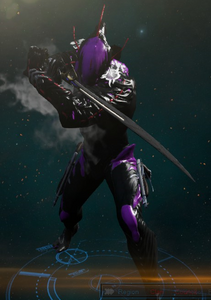 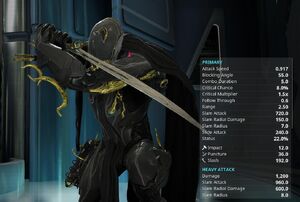 Update 26.0 (2019-10-31) Actual patch notes made a mistake on old status chance according to archived versions of Module:Weapons/data.