A tight knit band of merchants, hucksters and survivors, the Ostrons call Cetus their home. The town was built around an Orokin Tower, that both protects and nourishes them.

Standing with Ostron is earned from performing tasks for individual members.

Konzu is an elderly Ostron who offers Bounties to players, limited-time multi-part missions out in the Plains that players can accomplish to earn Standing and other rewards. Talking to him will allow players to upgrade their standing title to the next rank. He also starts the Saya's Vigil quest after you have completed at least one bounty.

Hok is a blacksmith and vendor in Cetus whose trade centers around melee weapons. In particular, Hok's Anvil provides players with the ability to create Zaws, modular melee weapons that players can craft with different parts and stats as they desire. He also gilds Zaws and accepts them for standing.

Fisher Hai-Luk is an Ostron fishmonger who sells various fishing equipment, bait, and packs of special fish parts for a bit of platinum, which change daily. She also allows you to trade in your catches for standing or to carve them up for bait and resources.

Beastmaster Teasonai sells conservation equipment for capturing wildlife on the Plains of Eidolon. He also trades caged wildlife to be used as orbiter decorations and companion cosmetics for Plains resources instead of Standing. His daily offers will always consist of three items, and the resources needed to purchase his offers change daily.

The young and enterprising Nakak sells scavenged Grineer flares that temporarily increase Affinity Range, and carved Warframe masks used as Operator cosmetics. As with Master Teasonai, she accepts Plains resources instead of Standing and the resources needed to purchase her items change daily, although her inventory mostly stays the same. Besides that, she provides some miscellaneous information about Cetus and the Plains. 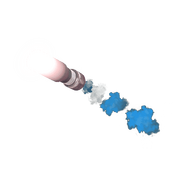 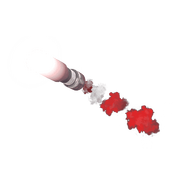 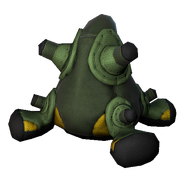 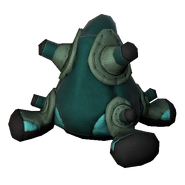 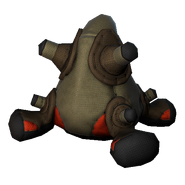 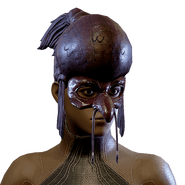 The grieving widow of the Ostron Archivist Onkko, this woman is involved in the Saya's Vigil quest. Originally located to the west of the central Cetus market, after the events of the quest she will be found next to Konzu.

If the player has completed both Saya's Vigil and The War Within, bringing their Operator to the north-east part of Cetus will allow them to access the Quills' hideout.

The representative of the enigmatic Quills is Onkko himself, under his full epithet Quill Onkko Primary. He provides the Operator with their first pre-built Amp, Mote Amp as well as offer modular components and arcanes for Amp. He also offer parts of Operator suits and their respective arcanes to further enhance the Operator. He trades in Sentient Cores and complete Amps for Quill standing.

The following is a complete list of the goods offered by the Ostron vendors.

The Ostron people's history can be traced back to Orokin Era[1] when they were ruled under the Orokin Empire. Since the Empire's collapse, the Ostrons were left to their own governance, scavaging what was left of the Empire to survive in a post-Orokin era. On Earth, they formed many colonies, with Cetus being one of the trading hubs of the Ostrons.

Cetus is located in the Plains of Eidolon, shielded by the Orokin tower Unum's protective barrier.

Ostrons speak and write in their own phonetic language. 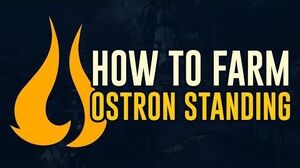