The Orokin Moon is the primary tileset for Lua, also known as the Earth's moon. Once the Orokin's prestigious seat of power, the Moon is now a broken, desolate place, where once grand and opulent Orokin architecture mingle with dull, grey lunar geography. Moon missions are unlocked upon completion of The Second Dream quest. 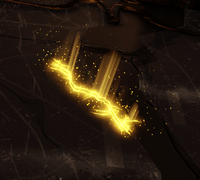 Visible as glowing yellow cracks on walls, the Energy Cracks found on Lua confer a random buff to the squad for up to 60 seconds upon a player performing a Wall Latch onto its location.

The Halls of Ascension, also known as The Seven Principles, are special rooms found on Lua which contain hidden puzzles and obstacle courses that lead to a secret treasure room accessible via a portal. These rooms require speed, timing, and at times teamwork between players in order to reach the treasure room at the end. These treasure rooms if successfully reached reward rare and unique mods not found anywhere else in the game. These rooms also double as Mobile Defense rooms, where the data terminals can be found.

Once in this room players will see a giant organ, with a door on the ceiling far above it. In order to open the door players must perform the following actions:

Please be aware that if you touch the floor of the chamber, the puzzle will reset and you will need to start over. You can safely stand on the upper ledge, opened pipes' caps, organ bellows and Ivara's dashwires. A Warframe with good mobility, like

Zephyr, is recommended to get up to the portal room.

Valkyr can be used to pull other players up.

Wukong can be used between the jumps to land perfectly on any point. Sitting on

Ivara's Dashwire rope does not disrupt the sequence and can be used to hit buttons easily.

Razorwing can be used to trivialize the test as long as one has enough energy to sustain it.

Using Melee 2.9 directed slam attacks can allow the player to easily land inside the next pipe or along its rim.

This room is best completed with 4 players. However it is possible to do solo with the use of Operator and summons such as

This room is the room with the Security Eye mini-boss from The Second Dream. In this room, the player must shoot the cap off the left and right water pipes, clearing the flow of water. Once water flows freely, the center will glow golden and the player must step on it to activate the test.

This test is best completed in a group of 4, but can be done solo with the help of Specters and/or Restores. In this room, there will be a glowing platform in the middle. Once a player steps on it lasers will activate centering on a single point. One player must stand in the middle of the lasers on the platform "enduring the hits" while everyone attempts to disable as many lasers as possible. In addition, the area immediately around the platform has an invisible nullifier field, preventing the use of buffs or abilities. Once a certain amount of time passes, the test will complete. The amount of time left is indicated by a column that fills up with water over time. Once the column is full, the test is complete.

The mod can then be claimed by standing in the direct center of the platform, which will lower into the ground.

Players will see a set of stairs which goes underground in the middle of the room, locked by a cover. In order to unlock it players will need to find 4 spheres on the walls and stand near them to feed them energy until they are fully charged. Each sphere requires 40 energy to be fully charged. A sphere will stop draining energy and glow when charged. When all 4 spheres are charged, the stairs will become unlocked.

Also known as the Conservatory or the Choir Room, this particular puzzle room can appear independently of the seven mentioned above.

The puzzle consists of a switch which activates a sequence of musical notes associated with 8 plates that players activate by standing on them. After the sequence finishes, players may activate the plates in the same sequence that was played in order to claim a reward, or activate the central switch again for a new sequence.

Rewards for completing this puzzle spawn in Orokin containers in two locations: one crate atop the central structure of the room (guaranteed to contain

Octavia's Chassis) and one to the left of the control switch and lower, among the glowing blue "ghosts" (may contain a fully-crafted Forma).

All rewards spawn on the same spot and each attempt will reward the player a copy of the Octavia Chassis blueprint.

There are currently 3 maps for Conclave from this tileset. 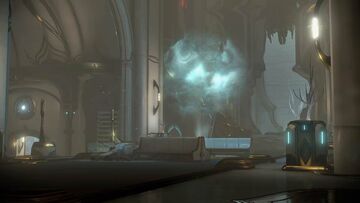 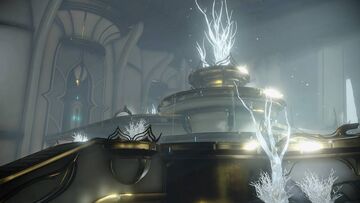 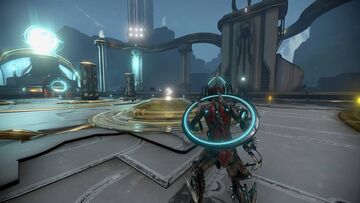 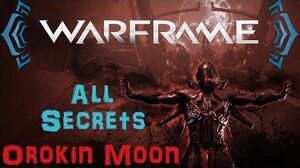 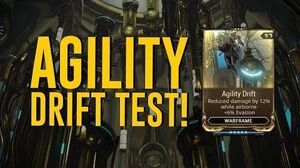 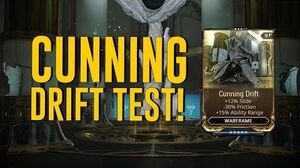 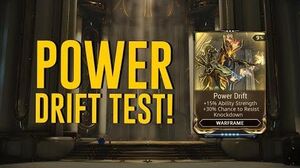 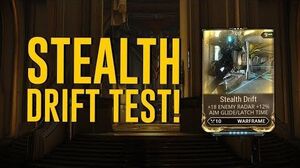 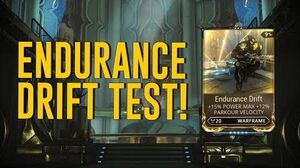 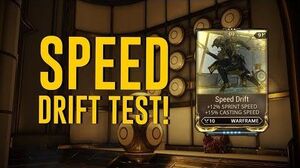 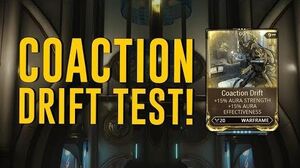 Retrieved from "https://warframe.fandom.com/wiki/Orokin_Moon?oldid=2029935"
Community content is available under CC-BY-SA unless otherwise noted.