Orokin Drones act similar to Shield Ospreys. While they also project shields over nearby Corrupted allies, they are a slight upgrade to the standard Shield Osprey in that their shields recharge instantly, their charging rate is faster and they are harder to hit due to a smaller size and more erratic movement. They drop the MOA Green Pigment in quantities of 5. 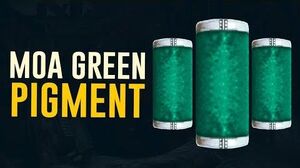 Retrieved from "https://warframe.fandom.com/wiki/Orokin_Drone?oldid=2184149"
Community content is available under CC-BY-SA unless otherwise noted.