“It is done. Operation: The Pacifism Defect is no more.”
This event has concluded on all platforms. 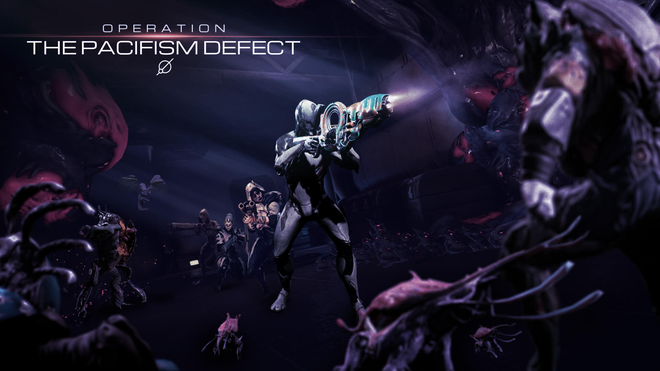 For The special alert introduced with this event, see Defection.

The Infestation has overrun a convoy of allied ships and forced the surviving crew into emergency safe rooms. They’re holding on for now, but without your support, they’ll die on those ships.

Before you go, you should know something; the crew is Grineer. But not just any Grineer, they’re Kavor Defectors, pacifists who deserted Sargas Ruks army when they could no longer bring themselves to kill for him. They don’t want to fight anymore, not for the Grineer, and not for Steel Meridian. All they desire is a peaceful life, but that won’t come easy; Sargas Ruk is hot on their trail and desperate to make an example of them.

The Kavor need defection, will you answer this call?

Time is running out; the Infestation is growing and spreading quickly as the dead join their side. Rescue as many survivors as you can by clearing a path through the Infestation and leading them to the escape pods. The survivors are susceptible to environmental damage and will need to be healed using the Med Towers throughout the ship! Keep them alive as you escort them through the hostile ship that was once their only hope of peace.

Important information before you go, Tenno: the crew is comprised of Kavor Defectors — pacifists who deserted Sargas Ruk’s army when they could no longer bring themselves to kill for him. They don’t want to fight anymore, neither for the Grineer nor the Steel Meridian. All they desire is a peaceful life. This will not be easy as Sargas Ruk is hot on their trail and desperate to make an example of them.

There are 3 missions to play for Personal Rewards!

Once you’ve completed them all… earn more points for CLAN REWARDS!

There are plenty of rewards for Clans of all tiers — read on to learn what could await you and your Clan! Remember: When the Operation starts, your rosters are LOCKED. No new members can join to compete, and new clans formed won’t count for competition! (note: clan rosters locked on Thursday, March 2, at 00:45 GMT for PC, and Monday, March 20, at 00:45 GMT for Consoles)

Clan scores are determined by the Total (Sum) of each participating player's single best run's Score. NOTE: Mission 3 is the only Mission that will allow Clan Scores to be contributed. You will be able to see your Clan's combined score in the UI under Communication > Clan > View Stats. For the Competitive mode, all contributions by clans can be found here on these public Leaderboards:

These leaderboards do not include scores from members that joined after the Operation started.

To get the OPERATION: THE PACIFISM DEFECT trophy at the end of the Operation:

Your legend is growing. Steel Meridian recognizes your heroic efforts to protect those that cannot protect themselves, and we awarded you with a statue to memorialize this achievement.

As a further testament to your victory and unity, the members of [ClanName] have earned the right to manufacture Ignis Wraith Blueprints in your Dojo, a distinctive honor. The Ignis Wraith is a prized weapon among our ranks, but even more coveted is the means to build it.

Use this privilege wisely, [PlayerName]."

The Kavor Defectors will never forget the compassion shown by [ClanName] in their support. Let this trophy stand as a reminder of your victory."

Steel Meridian recognizes your role in supporting [ClanName] and its coordinated efforts aiding the Kavor Defectors. Please accept this gift as a symbol of our gratitude." 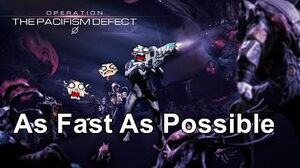 As Fast As Possible - The Pacifism Defect 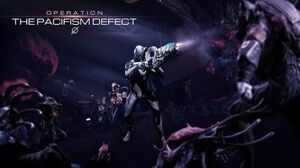 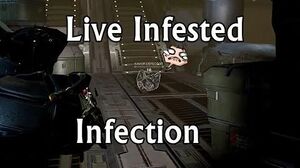 What Happens If You Let Defectors Die? (Pacifism Defect) 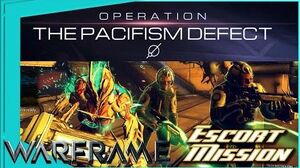 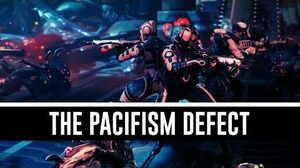 Operation Pacifism Defect & All You Need To Know! (Warframe) 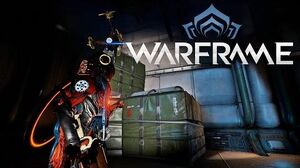 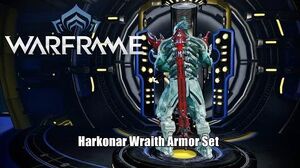