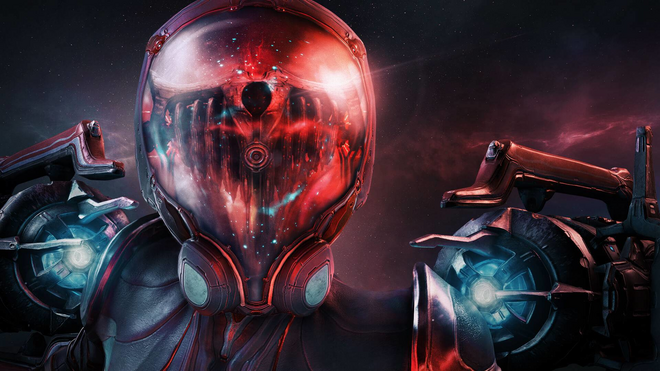 The Sentients have breached the Veil Proxima, threatening the existence of the entire Origin System. Link forces with your fellow Tenno to forge the first line of defense with Operation Link and stand united against the Sentients.

The New War is upon us.

Operation: Scarlet Spear is an event released on March 24, 2020 on PC and will last until April 21st at 2 p.m ET. It introduces the Sentient invasion of the Origin System as part of The New War story arc.

Upstairs or Down, Tenno?

The Scarlet Spear Flotilla Relay: your home base for fending off the invasion. It’s here you’ll work to strategize a careful plan of attack — coordinated and deadly. The Scarlet Spear Flotilla will inform you of incoming Murex Waves, massive vessels harbouring Sentient forces readying their next strike. Rendezvous with other Tenno and form Squads to embark on one of two connected Missions to fend them off: Ground Assault or Murex Raid. 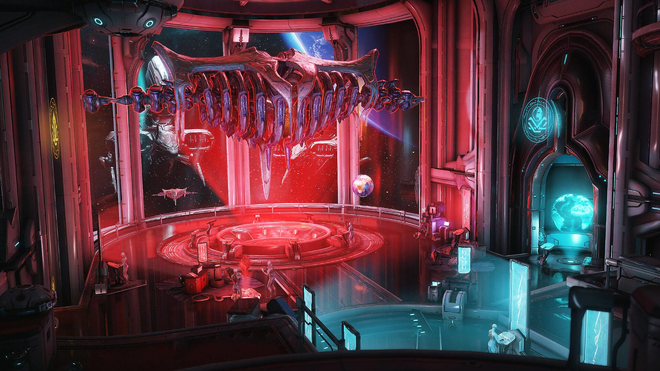 On the ground, your mission is to seize the Kill Code from Sentient Condrix and transmit it to your allies above. You’ll need to use an Operation Link Beacon — or OpLink Beacon — to connect to Squads in real-time. Fend off Sentients from harming the Beacon while it analyzes the Condrix for the Code you need.

In the Railjack, your objective will be to infiltrate the Sentient Murex, gain control of its Transmission Array and broadcast the Kill Code shared by the team on the ground. This will hopefully cut off the Murex from the rest of the Sentient Armada deeper in the Veil and delay further destruction.

Expect heavy resistance in both Missions. Boarding parties will deploy Anu Mantalysts and Anu Interference Drones to disrupt your Railjack Systems and put a halt to the resistance.

Only coordinated Squads can suppress the Sentients’ incursion. If you’re successful, the Murex Wave will have no choice but to flee.

What You Need To Do

To link forces with other Tenno, you’ll need to obtain and equip an OpLink Beacon. Track down Little Duck in the Scarlet Spear Flotilla to begin. You can find the relay orbiting Earth.

To participate in this Operation, you must be at least Mastery Rank 3.

Scarlet Credits are a unique event-exclusive currency that can be gained by completing Ground Assaults or Murex Raids. The amount gained per Ground Assault mission depends on how many Condrix have been scanned using the OpLink.

Little Duck will have a stockpile of spoils that you can spend Scarlet Credits on, including a brand-new Weapon, an Operation-variant Lacera, Arcanes, and more. Earn Scarlet Credits by participating in Ground Assaults or Murex Raids! 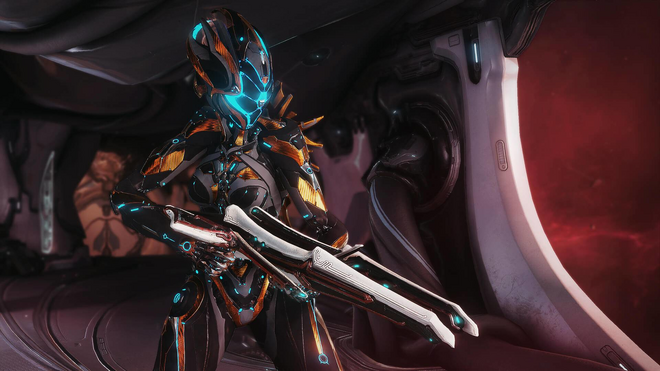 You’ll need to work quickly to quell this fight.

How does the Scarlet Spear Credit Trade store work?

Everything you see there will be there for the whole event. Nothing is getting rotated out.

We are Adding more Arcanes to complete the collection.

Retrieved from "https://warframe.fandom.com/wiki/Operation:_Scarlet_Spear?oldid=2072311"
Community content is available under CC-BY-SA unless otherwise noted.