Operation: Mutalist Incursions is an event introduced with Update 15.5. It began on November 28, 2014 and ended on Wednesday, December 3, 2014 at 12 PM EST. It was added to the console versions that same December.

Inhabitants of the Origin System! It is my singular pleasure to announce that today is the first day of a new empire. An empire populated not by Corpus, not by Grineer and certainly not by the Tenno. No, the Mutalist Empire will be populated by you. A glorious new you, baptised by Mutalist flesh. You've called this a disease, an infestation? I call it Unity. One army under me. Welcome you to your new species.”

After the failure of the Zanuka Project, Alad V ventures off to research the Infestation, only to return with a new look, being exposed to the Mutalist Infested strain that he has been experimenting on. He introduces existing Corpus proxies blended with Mutalist flesh such as the Mutalist Osprey, along with new Infested units like Brood Mother and Boilers. Under the partial control of the Infested, he declares a new Mutalist Empire, boasting his research as the next evolution of humanity.

To counter this threat, the Tenno successfully purged most of these Mutalist enemies from the Origin System, reducing their danger to the Orokin Derelicts and the Infested planet Eris. However, Alad's actions have left the system vulnerable to random Infestation Outbreaks, leaving the Tenno to fend them alongside the Grineer and Corpus in the future.

What You Should Know

Clans can compete on this Survival mission for the leaderboards! The top 3 clans in each tier will receive a Trophy. 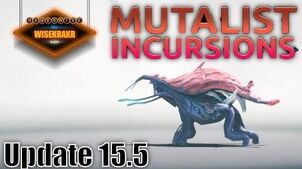 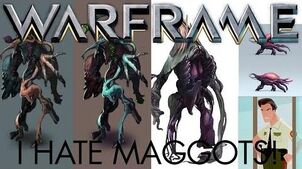