“It is done. Operation: Hostile Mergers is no more.”
This event has concluded on all platforms. 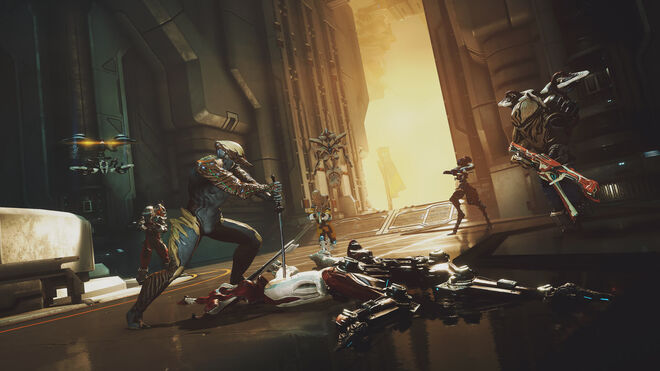 Rumors are circulating of an alliance between Alad V and our most feared enemy -- the Sentients.

Operation: Hostile Mergers is an event introduced Update 25.0, which involves the Tenno responding to rumors of Alad V forging an alliance with the Sentients, and has players defending communication consoles from Alad's Amalgam forces as Ordis analyzes the broadcasts. On the PC build, the event originally began on May 22, 2019 and ran until June 3, 2019. On consoles, the event began on June 11, 2019 and ran until June 24, 2019.

The new DISRUPTION game mode is the playing field for Operation: HOSTILE MERGERS! You need to play through each mission difficulty for the associated Operation reward. Collect keys from fallen Amalgams to activate corresponding conduits, then protect the conduits from the Demolysts that will seek to destroy them.

1) Play the corresponding OPERATION nodes to earn the Rewards!

2) The final node is the endurance node - a single best run will earn you the best Rewards!

What You Need To Do[edit | edit source]

What You Need To Know[edit | edit source]

Retrieved from "https://warframe.fandom.com/wiki/Operation:_Hostile_Mergers?oldid=2102134"
Community content is available under CC-BY-SA unless otherwise noted.