“It is done. Operation: False Profit is no more.”
This event has concluded on all platforms.

Nef Anyo has made a fortune bilking the system’s gullible, but he is more than a simple con man, he’s using his wealth to bankroll a new line of assault robots called the Bursa. You must stop him before the Bursa becomes a threat to us all.

Your mission is to bankrupt Nef Anyo.

Use one of Nef’s own Void Offerings to draw the Bursa out for collection. They will not take an Offering from a Tenno, instead stun them and force the transaction by hacking into their mobile banking systems. Timing is everything, the Bursa must be destroyed during the critical ‘verifying’ stage. Botch the timing and you will lose your Offering. Do this correctly and you will walk away with your Offering and a healthy chunk of Nef Anyo’s credits too.

Bursas have been deployed in Corpus-occupied regions of Pluto, Neptune and Europa, with reports of sporadic appearances in Jupiter, Mars and Venus.
—The Lotus

Clan Scoring: The Top three Clans in each tier will be awarded with Gold, Silver and Bronze Statues.

Players can check out their place on the Event at the Warframe False Profit Leaderboards or compare themselves directly to friends and Squadmates at Squads Placement. 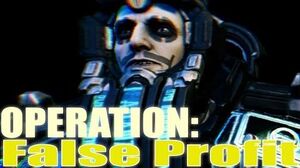 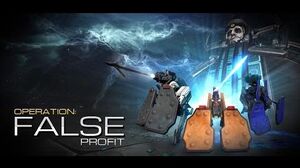