“It is done. Operation: Eyes of Blight is no more.”
This event has concluded on all platforms.

For the special alert introduced with this event, see Fomorian Sabotage.

Vay Hek is making his move. We have just detected a Balor Fomorian traveling on an interception course with Vesper Relay. The beast moves slowly but if we allow it to get within firing range, it will surely obliterate our new Relay. We need to destroy it before that happens.

Intelligence reports state that the Balor Fomorian's power core emits a thick energy field composed of deadly omega radiation. In order to break through the field you will need to craft this Fomorian Disruptor. It will allow you to safely approach the core and when activated it will temporarily disrupt the core allowing you to inflict damage.

Take note Tenno, the Disruptor is forged using recently discovered Omega Isotopes. These are a by-product of a Fomorian's core and will only appear in and around planets with a Fomorian present.

Move quickly Tenno, this is the first Balor Fomorian attack but it won’t be the last. When the others come we must be ready.

Clan Scoring: The Top three Clans in each tier will be awarded with Gold, Silver and Bronze Statues.

Take down the Fomorian Ships, Tenno!

Players can check out the Leaderboards for Operation Eyes of Blight here.

Leaderboards are updated every 15 minutes for Clans, and every 5 minutes for players. Good luck, and may the best Tenno win!

Your Fomorian assault on the Tenno has been an abject failure. You have exhausted our entire Balor fleet yet the Tenno still raid our ships and gather in their relays. Are you even aware of the resources you have squandered? Do you understand how much Oxium goes into a single Fomorian? We put great faith in your abilities Councilor but we now see that faith was misplaced.

We await your penance. 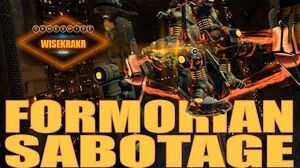 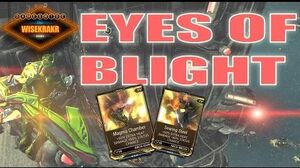 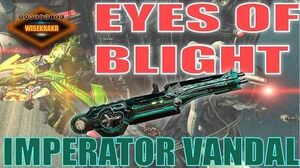 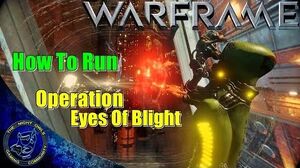 Warframe A Quick How To Run - Operation Eyes of Blight Update 15.8
Deutsch Español
Community content is available under CC-BY-SA unless otherwise noted.
Advertisement