For the gamemode introduced with this event, see Excavation.

Operation: Cryotic Front was an event introduced with Update 14.5 as the start of a new mission type that will be replacing all Survival missions that take place on a terrestrial tileset (Survival missions not in space). It started Wednesday, August 27 and ends Wednesday, September 3 at 12 PM EDT. In this event, Tenno are instructed to follow intel the Lotus provides in order to locate artifacts hidden underground.

I do hope you will forgive my concealed identity but dealing in these unsavoury circles demands unusual discretion.

I’m such a big fan of the Tenno, you've accomplished so much and with such rudimentary equipment. That’s why I’m concerned about the coming Balor Fomorians. I think we both know your Warframes are simply not sophisticated enough to stop them.

You see, I have an appetite for the rare and extraordinary and I’ve recently learned of a fine substance known as Cryotic. If you are willing, I will supply the necessary equipment and coordinates for its extraction. In return, I will enlighten you with what I know about technology that could defeat this Balor threat.

To sweeten the deal I am even willing award bonuses to those of you who exhibit outstanding performance.

I must say, some of you display the inklings of good taste, if our partnership is a success perhaps we will get to know each other better.

What You'll Need to DoEdit

Note: Each player must unlock each mission with their own personal best score. One player cannot taxi another to missions which both have not unlocked via their personal bests for this event

What You Need to KnowEdit 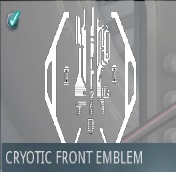 When an Excavator timer reaches zero, you will receive an amount of Cryotic based on what planet you're on (100 for Earth, 200 for Phobos, 300 for Europa). You will receive a partial amount of Cryotic (not the maximum for the planet) if an Excavator is destroyed before its timer reaches zero. The more Cryotic you earn, the better the Reward – so dig on!

Note: The basis for the rewards is your best score in one single run. 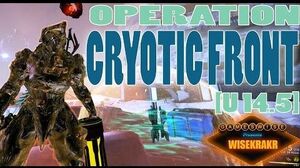 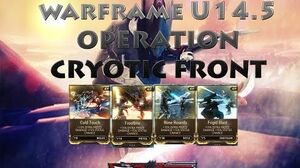