The Ogris is a Grineer rocket launcher unlockable through Chem Lab Research in the dojo. A slower projectile version of this is used by the Bombard, though the homing ability isn't present in the ClanTech version.

Like the creature for which it is named, the Ogris is slow but immensely powerful. With mods, this gun dishes out the highest damage numbers in the game over large areas of effect, making it extremely useful against every faction. However, using the Ogris well requires proper positioning and timing, especially against faster enemies such as Corpus Prod Crewmen, Grineer Butchers, or Infested foes. As such, it is a good idea to pair the Ogris with a powerful sidearm and/or melee weapon.

In addition, the Ogris is crippled by its charge time; getting a Speed Trigger mod on it is practically a requirement, as this will reduce the time it takes to charge a shot.

In addition to other damage mods, it is recommended to plan mods out depending on the faction the player is planning to fight - Radiation damage for the Grineer, Magnetic damage for the Corpus, and Corrosive damage for Infested/Corrupted. This will cause the Ogris to debuff enemies in the rare circumstance that it does not kill them outright.

However, with this greatly increased damage comes greatly increased risk to the user. Players should be extremely careful about where they fire the rocket, or they can easily kill themselves with their own gun. Because of this, it is recommended to find a good spot, preferably high up with a view of the map, from which to rain death on foes from above. 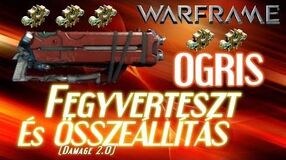 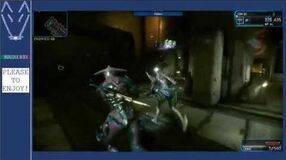 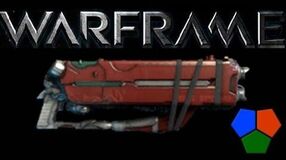 Warframe Ogris-2
Add a photo to this gallery