Nora Night/Quotes
If nothing saves us from death, may love at least save us from life.
—Nora Night

Nora Night is a mysterious character who acts as the voice of the pirate radio station Nightwave. Her broadcasts can be heard at random on the Orbiter's Radio Scanner.

Little is known about Nora's history or background, but as the host of Nightwave, she has access to stories and events across the Origin System. It is implied that she travels around in her ship, the Nightwave, which may be how she has first-hand knowledge of current events. She is aware of the existence of the Tenno, calling them "Dreamers"; whether or not this is in reference to the true nature behind the Warframes is unknown. She is, however, aligned with their cause, sympathizing the Tenno's efforts to bring balance and justice to the Origin System.

Nora was alive during the Orokin Era (or after the collapse of the Orokin Empire), mentioning that her grandmother used to scare her, saying Nihil will glass her if she was naughty.[1]

In the final episode of Nightwave Series 3, she was glassed by Nihil himself after helping the Tenno find the Glassmaker. Her consciousness was trapped in the Memory Weave until the Tenno defeated Nihil in combat, freeing her and other glassed victims from eternal prison. Nora Night delivered the oubliette containing the Glassmaker to the Tenno, entrusting them to ensure the Glassmaker is never set loose again. 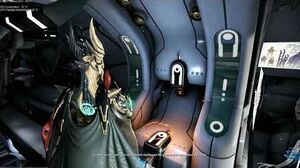 WARFRAME - Who is Nora Night? 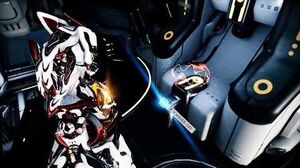