Other:
Jupiter
Europa (The Raptors only)
Kuva Fortress

Neural Sensors are a rare component that can be found primarily on Jupiter and the Kuva Fortress. It is usually found in quantities of 1-4.

By purchasing this item you can directly exchange 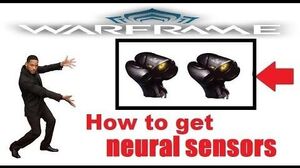 How to farm neural sensors in warframe (2018)