CODEX
Slash targets with a single precise bolt from Garuda's signature crossbow. Alt-fire to let loose a barrage of bolts. All bolts have a chance to cause Bleeding and Headshots have a chance to increase Reload Speed. When wielded by Garuda Nagantaka gains a slight Punch Through.

Slash bolts with a very high status chance in a semi-automatic fashion. It features an Alternate Fire that unleashes all remaining rounds in the magazine in a rapid-fire volley. Additionally, killing an enemy through a headshot will boost the speed of Nagantaka's next reload. Bolts receive Punch Through when fired by Garuda.

The Nagantaka's blueprint can be purchased from the Market. 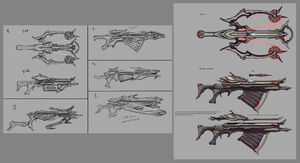 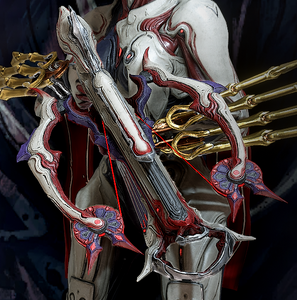 Nagantaka when shown in the arsenal 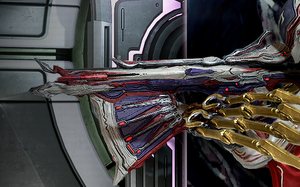 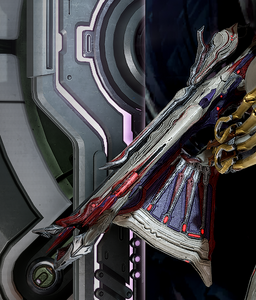 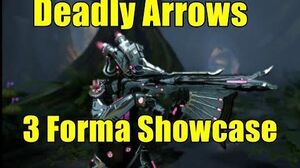 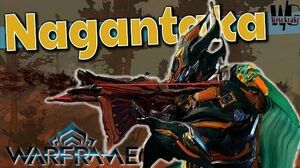