CODEX
Overcome with Infestation, this bow's arrows now spread poisonous contagion to any surface they hit.

The Mutalist Cernos is an

Cernos, possessing a lower critical chance in exchange for a significant increase in status chance. The bow also releases

8,500. It is also a requisite ingredient for

The Mutalist Cernos's blueprint can be purchased from the Market. 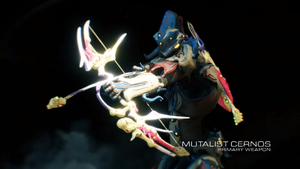 The Mutalist Cernos, shown in the Update 18.5 Teaser 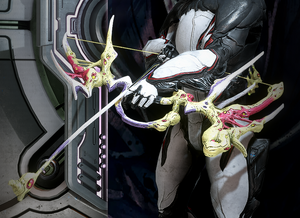 Mutalist Cernos when equipped in the arsenal 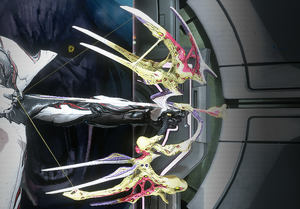 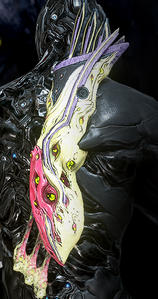 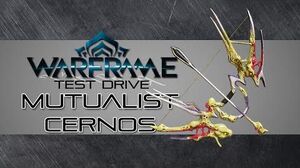 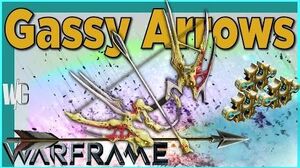 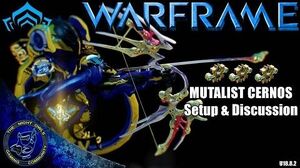