CODEX
Blast through enemies with a double-barreled shot of energized slugs. This siphons their life essence which is then used to generate the secondary fire’s massive air-burst mortar. The ancient Entrati weapon was built for Necramechs but also functions as an Archgun.

Orokin Era weapon created by the Entrati, a grenade launcher Arch-gun that builds charges on kills to allow use of the Alternate Fire, an air-burst mortar.

The Morgha main blueprint can be acquired by reaching Rank 3 - Clearance: Odima with the Necraloid. The main blueprint is offered as a rank up reward, but Loid sells additional main blueprints for 8,000 Standing

8,000. Components are crafted from blueprints that can be acquired for 4,000 Standing

4,000 each after reaching Rank 2 - Clearance: Modus with the syndicate. Once crafted, it comes with a pre-installed Gravimag.

Additionally requires Rank 2 - Visitor with Ostron in order to acquire Fersteel Alloy required in its construction.

The Damaged Necramech Weapon parts and fully built Morgha components can be traded between players. Trading for fully built components will bypass the need for Ostron's Fersteel Alloy. 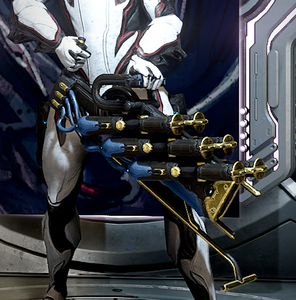 Morgha as it appears when wielded at Atmosphere level 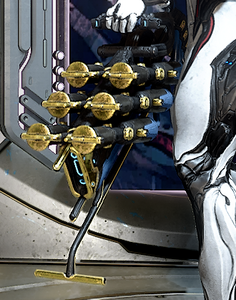 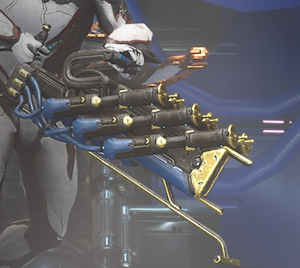 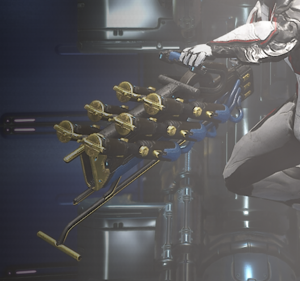 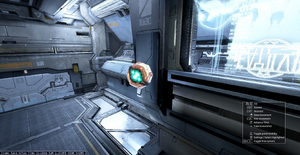 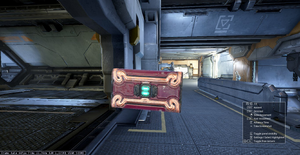 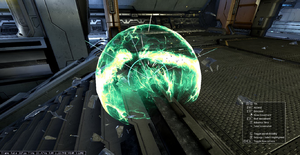 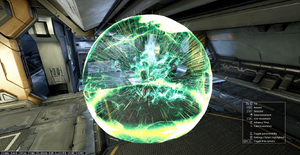