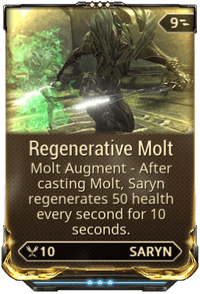 Regenerative Molt is a Warframe Augment Mod for

Excalibur Umbra will use this ability if infused, while in operator mode.