Mercury is a planet under

Grineer control. Unlike all other planets, Mercury does not have Dark Sector missions and cannot have any Invasions occur on it.

Mercury becomes accessible by defeating the Specter in the Mercury Junction on Venus after completing the required tasks.

The Assassination Target for Mercury is Captain Vor, located in the mission node Tolstoj. Captain Vor has a chance to drop blueprints for the

Cronus longsword and his personal sidearm, the

Seer. He also has a higher than average chance to drop 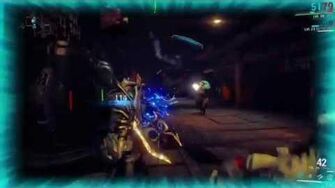