CODEX
An ancient weapon designed by the Entrati for use by their Necramechs. Primary fire siphons life essence from the target to fuel a devastating alt fire. Punishing automatic primary fire and an alt mode that charges up to unleash a destructive beam of energy with a large explosion at point of impact.

The Mausolon is an ancient

Orokin fully automatic heavy rifle designed by the Entrati, serving as the primary armament for the Necramechs. It can be used by Warframes as an Arch-gun.

A built Mausolon is automatically acquired upon claiming any Necramech, either the Voidrig or the Bonewidow, from the Foundry. Functioning as their default weapon option, the Mausolon also comes with the necessary Gravimag already pre-installed. 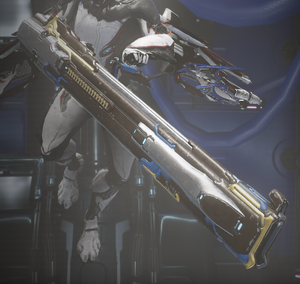 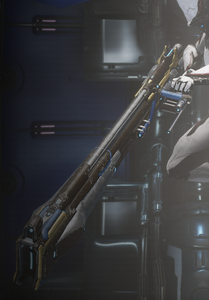 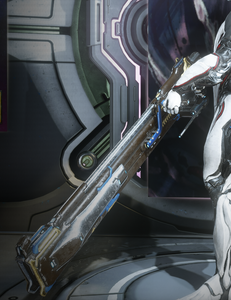 Mausolon when as a heavy weapon 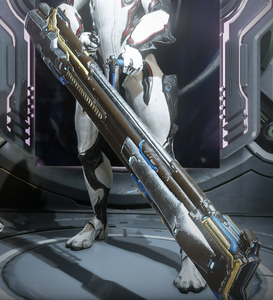 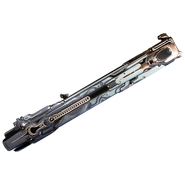 When we first introduced Necramechs to Warframe, they did not have a “head” component that you could change. You just owned an entire Necramech and that was it. In order to increase the cosmetic flexibility of Necramechs we made the head modular, giving you the ability to change it the same way you can change a Warframe’s Helmet. A script was run that retroactively gave you the Helmets of Necramechs you already owned so you didn't have to build them again to get the Helmet.

A mistake in that script caused players to receive extra copies of the Mausolon gun (which comes with Crafting/Claiming a Necramech in the Foundry), but without increasing your number of Archwing Weapon inventory Slots to hold them. This caused players who had already filled up their Inventory Slots to receive an error message that said "Invalid slots: Contact support" when trying to build a new Necramech or Archwing weapon. Selling the excess Mausolons you received would only temporarily suppress this error because as soon as you built another Arch-gun, you would again own more Arch-guns than you owned Inventory Slots.

The fix: upon login, if you own more Arch-guns than Slots, your Inventory count is corrected in the backend. You will still receive the "Invalid Slots" error if you try to claim a Necramech or Arch-gun from the Foundry, however, when you sell excess Arch-guns or buy Slots from the Market, the problem fixes itself for real instead of just suppressing the error message.