The Mantis is a Landing Craft, which can serve as an alternative transportation choice to the Liset. It comes with the Med-Tower air support ability, deploying a Med-Tower resembling a Life Support Capsule, that heals for 100 Health upon each activation, with each Med Tower providing up to 20 healing charges that can be activated by any player.

The Mantis' main blueprint can be purchased from the Market. All component blueprints drop from Reinforced and Rare Storage Containers. Avionics may be found in the Orokin variants while the Engines drop from the Grineer ones and the Fuselage from Corpus equivalents. They are tradeable between players as of Update 18.9 (2016-04-20).

Mantis Skins can be applied through the Equipment > Orbiter > Landing Craft > Livery option. These skins do not consume decoration capacity. 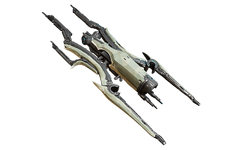 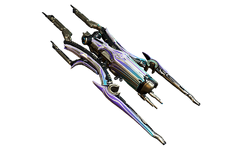 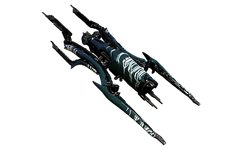 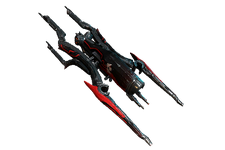 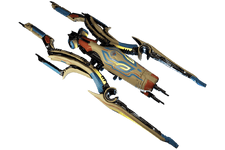 Day of the Dead
50 Platinum 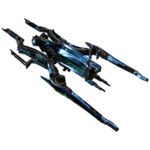