Manic Bombards are modified Grineer Bombards developed by Tyl Regor, introduced in the Operation Tubemen of Regor Event as the event's main mission target. After Update 17.0 (2015-07-31), they can be encountered primarily on Uranus Sabotage missions, though they may occasionally spawn outside of them. 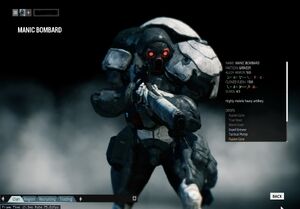 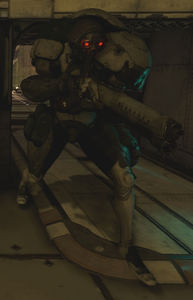 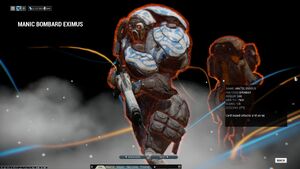 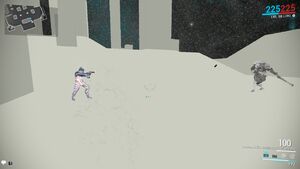 A Manic Bombard throwing a cluster bomb, which splits on impact (orange-red) 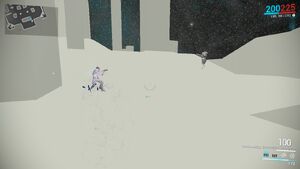 The cluster bomb after it contacts the Decoy (grenades under Decoy's feet, blue)