It is possible to bullet jump from a slide (crouching after moving), which will still propel the Warframe forward with extra speed. However, it will also reduce the height of the bullet jump. 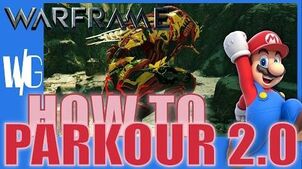 Retrieved from "https://warframe.fandom.com/wiki/Maneuvers?oldid=1912042"
Community content is available under CC-BY-SA unless otherwise noted.