On Void Sling
Stun robotic enemies for 3s, which then discharge Electricity Damage dealing 80% of their Max Health to anyone within 25m

https://www.warframe.com/droptables
Magus Overload is an Arcane Enhancement for the Operator. When using Void Sling on Robotic enemies, these enemies will be stunned for 3 seconds, then discharge electricity, dealing

Electricity damage scaling with the overloaded enemy's max health to anyone within 25m.

Can be bought from Vox Solaris (Syndicate) for 10,000 Standing 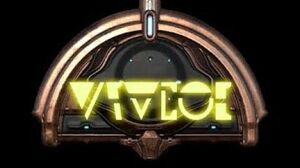 We’ve adjusted the values of older Arcanes with the goal of making lower rank Arcanes more viable, and more desirable while collecting as a result. In short, there are three stats that each Arcane tends to have (speaking generally) -- for example, a percentage chance, a stat buff, and the duration of the buff.

Certain Arcanes increase all of these stats per rank (making them scale exponentially), but we are changing it so that only one stat is affected by rank (making it scale linearly). The other stats will now be at the max-rank value regardless of the Arcane Rank, thereby buffing lower-rank Arcanes as a result.

On Void Sling: Stun robotic enemies for 3s, which then discharge Electricity Damage dealing 15%/80% of their Max Health to anyone within 25m (was 5m).