For the companion, see MOA (Companion).

The MOA is a Corpus robotic proxy that serves as the backbone of their automated combat forces. Appearing as a tall, armless bipedal walker, these are the most ubiquitous combat machines seen in the Origin System.

Standard MOAs are identified by their green color and are the weakest, most common type of MOA. They will often attempt to overwhelm players with sheer numbers.

They make screeching sounds when alerted, and their main method of offense is to rush forward in relatively small groups, firing once its target is within range. They are essentially bipedal turrets. MOAs are immune to elemental stuns, although staggers and knockdowns work on them. MOAs rarely, if ever, take cover; they rely on their fairly thin shields for additional protection.

Whilst standard MOA do not pose a significant threat at lower levels, high level units can cause very serious damage in a short amount of time due to the high fire rate on their Plasma Rifle, and the improved damage and accuracy they gain from being high level. It is especially important to keep them away from the Defense objective as a result, as even a lone unit can easily cause critical damage to the objective.

Eximus MOAs are sent as a syndicate death squad by The Perrin Sequence. 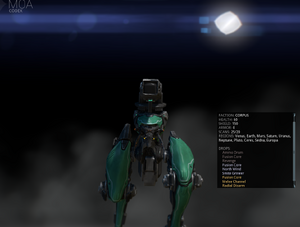 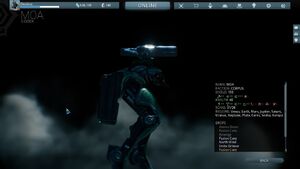 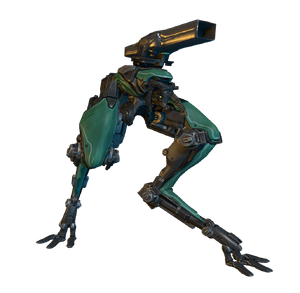 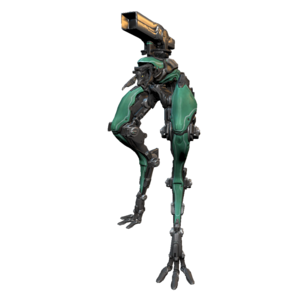 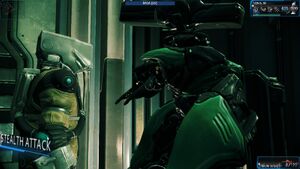 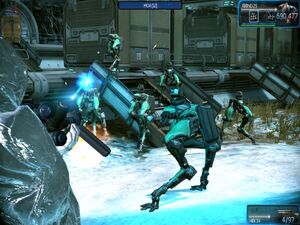 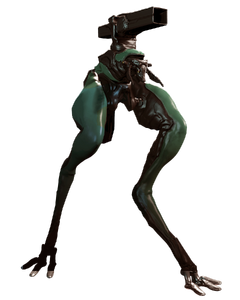 The MOA as it appeared in earlier builds. Note the organic design of its legs. 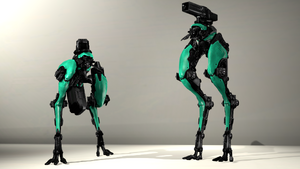 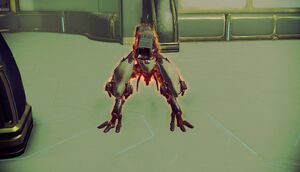 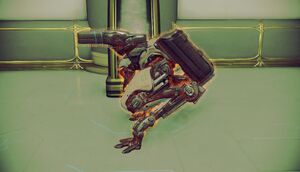 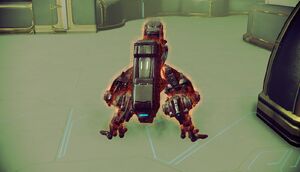 Showing the MOA's unique crouching animation given its long strides. 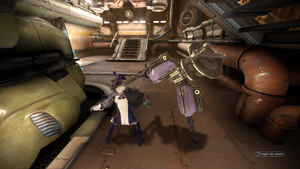